The Dawn Of The Paperless Helm 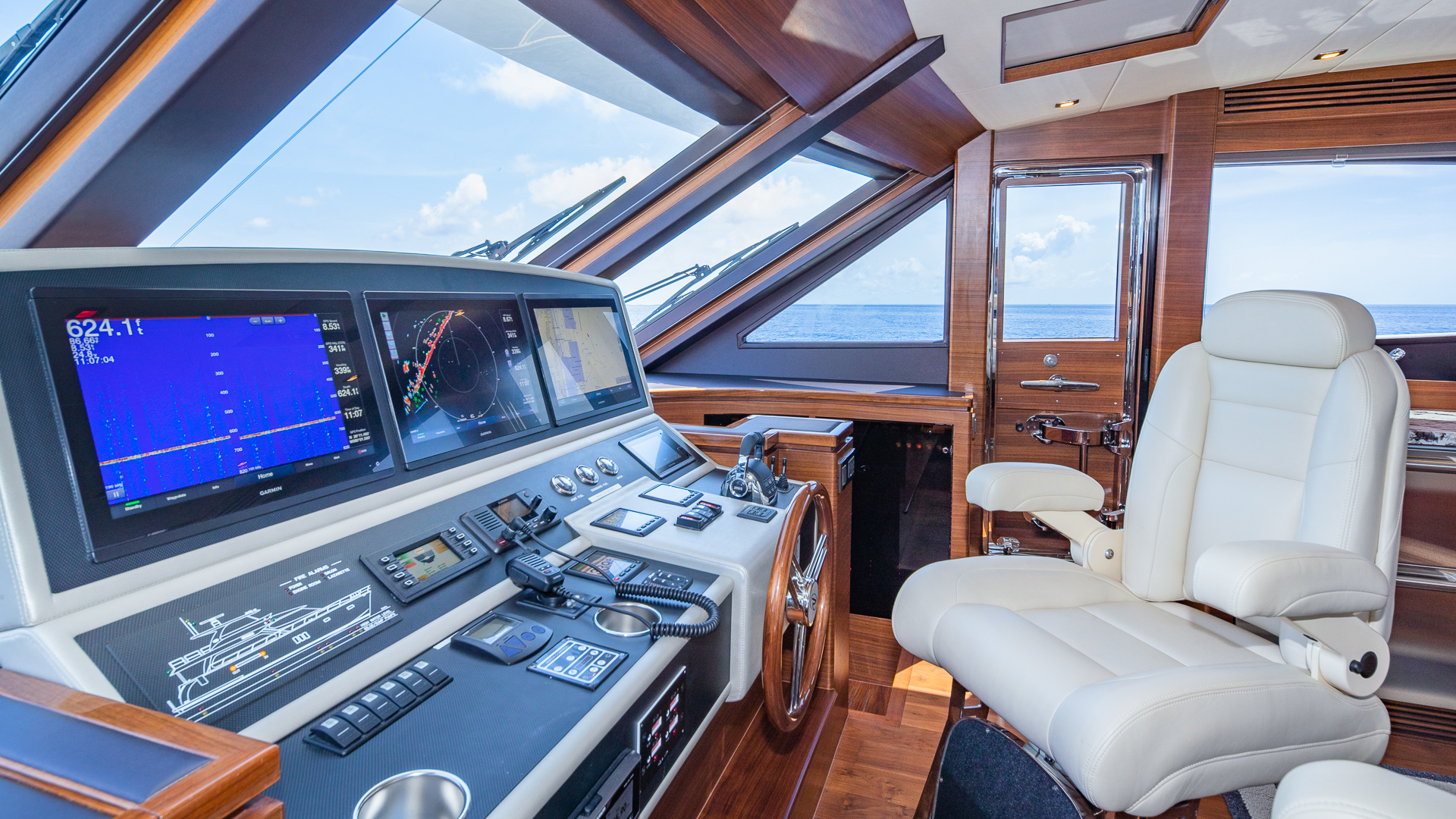 It was inevitable. In fact, I am surprised it took this long. It is 2021, after all, and while we’re not buzzing around in flying cars as predicted by the Jetsons, we have moved way beyond tradition in many ways, on and off the water. Boaters from 50 years ago would be amazed at the technology we employ today. And a change like this, while basic on some level, goes right to the core of what was once considered essential to the safe practices of successful cruising.

I am referring to the demise of paper charts, an event long heralded as just over the horizon. Yet, while many of us wrote about this eventuality, it never seemed to materialize beyond annual press releases and industry speculation.

Well, the time is here, and there is no going back. Paper charts are truly going away.

NOAA presented its five-year plan to transition out of paper charts back in 2019. The cost and effort to maintain traditional paper (and scanned raster) charts is simply no longer justified, given the much better accuracy and management control offered by digital vector charts. There is a decided safety element to vector charts, as they can be immediately updated without having to wait until the next scheduled bulk update of paper files.

(Seen below: A paper chart for Lake Tahoe.) 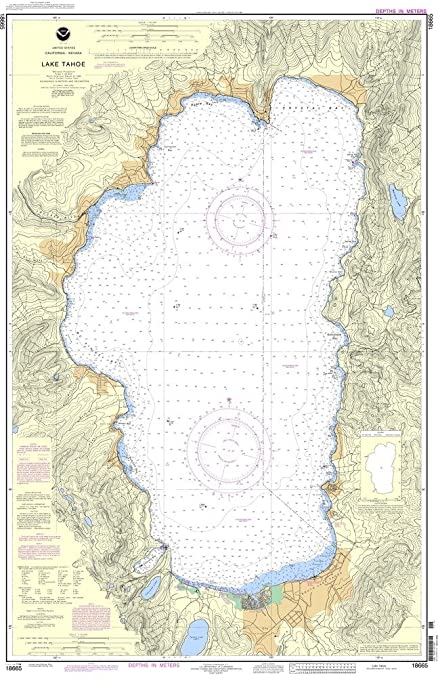 I remember the lack of press fanfare when airlines converted paper documentation to digital information back in 2011. Alaska Airlines was the first major domestic airline to replace its paper manuals with digital documentation on portable devices. Forty-one manuals of flight, systems, maintenance, and reference information were loaded onto iPads, saving some 2.4 million pieces of paper. Flight crews no longer had to lug heavy books onto every flight. It went largely unnoticed by the public, but this first step paved the way for paperless cockpits.

And now, in our case, paperless helms.

I recall many debates over the years about how valuable paper charts were to the cruising sailor. A lightning strike, a rogue wave, any number of calamities could befall the hapless mariner, and it was always deemed prudent to carry paper charts for any area one expected to visit, even when it was to go around the world. But, despite all the hoopla, paper charts were never really needed after all.

I have two relevant stories to pass along. And I believe they put things in perspective for those who still feel distraught that paper charts are going away.

Experienced cruiser Brian Calvert is a former yacht broker from Friday Harbor. Today Brian is Seattle Yachts’ resident representative in the Philippines. He cruised the Pacific on his Selene trawler, Further, eventually settling in Olongapo on Subic Bay, on the west coast of Central Luzon in the Philippines. He recently offered these comments when he heard the news:

“I was raised a paper chart, plotting guy. I taught those classes at the USPS for years. When I left the U.S., I had all the paper charts in a locker, from the Pacific Northwest to Thailand, all sorted and neatly stowed. These charts represented several thousand dollars and took up an entire locker." 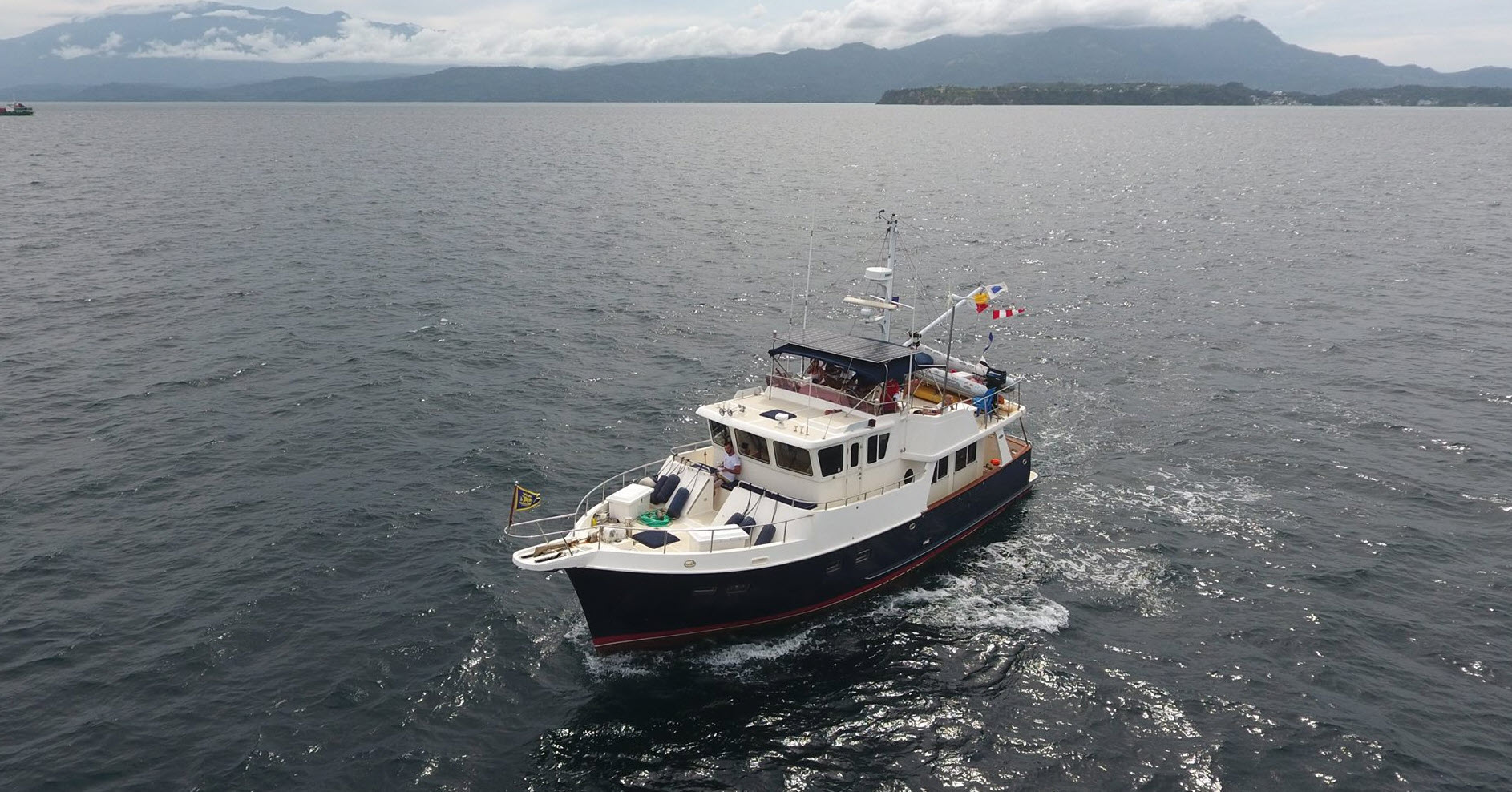 “Five years into my Pacific cruising, I realized I had not opened one chart, never even opened the locker. I have seven GPS units and four different charting programs on four separate devices."

“Realizing this, I posted these charts for free on several forums and Facebook pages. Free to anyone, just pay for the shipping. A month went by and I had no takers. This chart collection wound up in a dumpster in Phuket. To really add insult to my old-school plotting mentors, some of whom will no doubt haunt me, I repurposed that locker with an ice maker. I now open that locker every day."

“Seven years later, I have not once regretted getting rid of these paper charts or missed them even once.”

Another friend tells the story of his travels back to Chesapeake Bay from New England, and the irony of relying on paper charts. My friend was headed west in the C&D Canal, a 14-mile canal connecting Chesapeake Bay with Delaware Bay. It is the popular route for cruisers in the north end of Chesapeake Bay to transit both directions on their way to or from the Atlantic Ocean. I have traveled it many times.

As my friend left the narrow canal waterway and settled into the widening waters of the Chesapeake beyond Elk River, he noticed a large, older Hatteras motoryacht following him, not alarmingly close but following, nonetheless. He did not think much of it, except that it continued for hours as he wound his way down the Bay. He called the boat several times but to no avail. Eventually the two yachts pulled into Rock Hall for the evening.

(Seen below: Rock Hall in the Chesapeake Bay.) 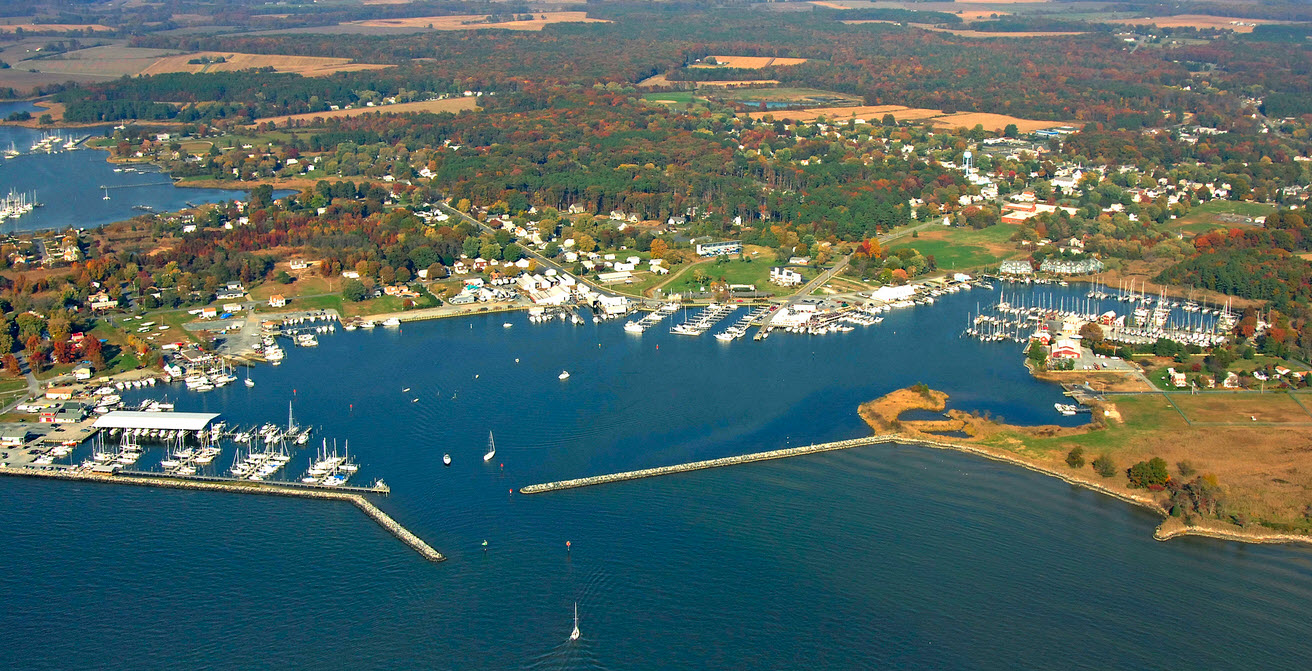 I don’t recall how the conversation came about, but my friend spoke to the owner of the Hatteras once the boats were safely moored for the night. The owner apologized profusely. His radio was not working, and he did not know my friend tried to call him. It turned out the reason he followed my friend was that he was somewhat unfamiliar with Chesapeake Bay, and it being a new boat to him, lacked proper navigation electronics. He purchased a paper chart of the Bay that would get him as far south as his destination of Annapolis, which is what he had been using.

But, as he explained to my friend, a sudden gust of wind blew the paper chart clear off his flybridge into the water, leaving him without any navigation charts of any kind. My friend laughed when he told me this story, as we have both been so conditioned to believe that paper charts are infallible.

In any case, this latest development is just more evidence that the world is moving on, and we must adapt if we are to stay in the game. For those who have been trained to believe paper charts are the best insurance there is, it is time to readjust one’s thinking.

The paper chart has gone the way of the sextant, the taffrail log, and the Dodo. But we will keep the Grog ration for now, thank you very much. 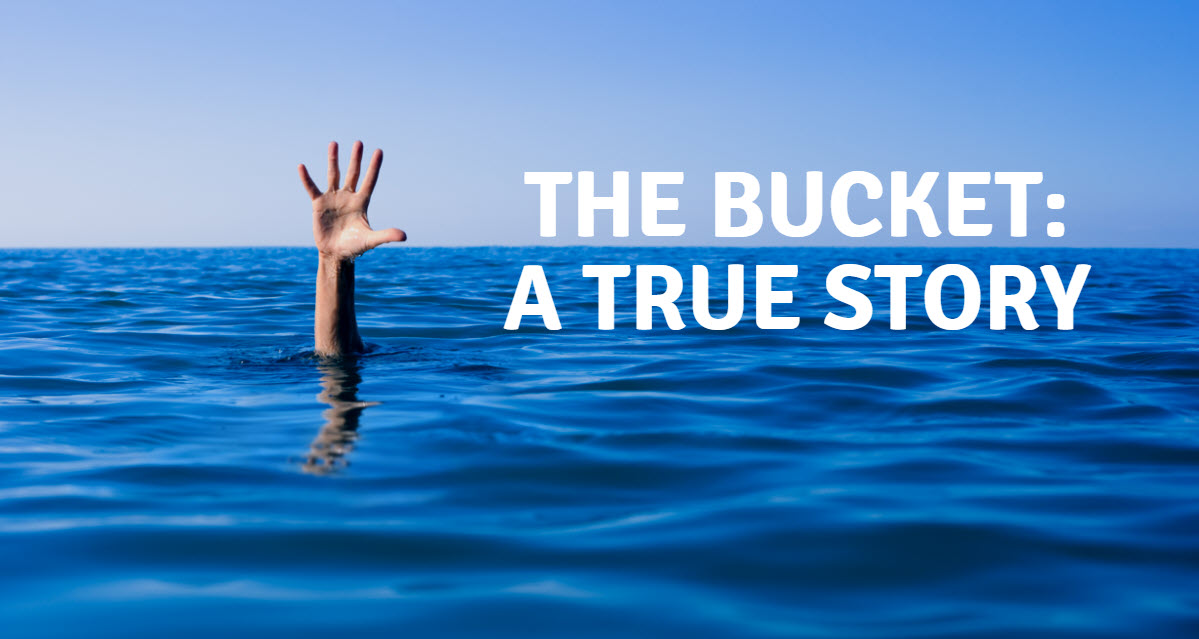 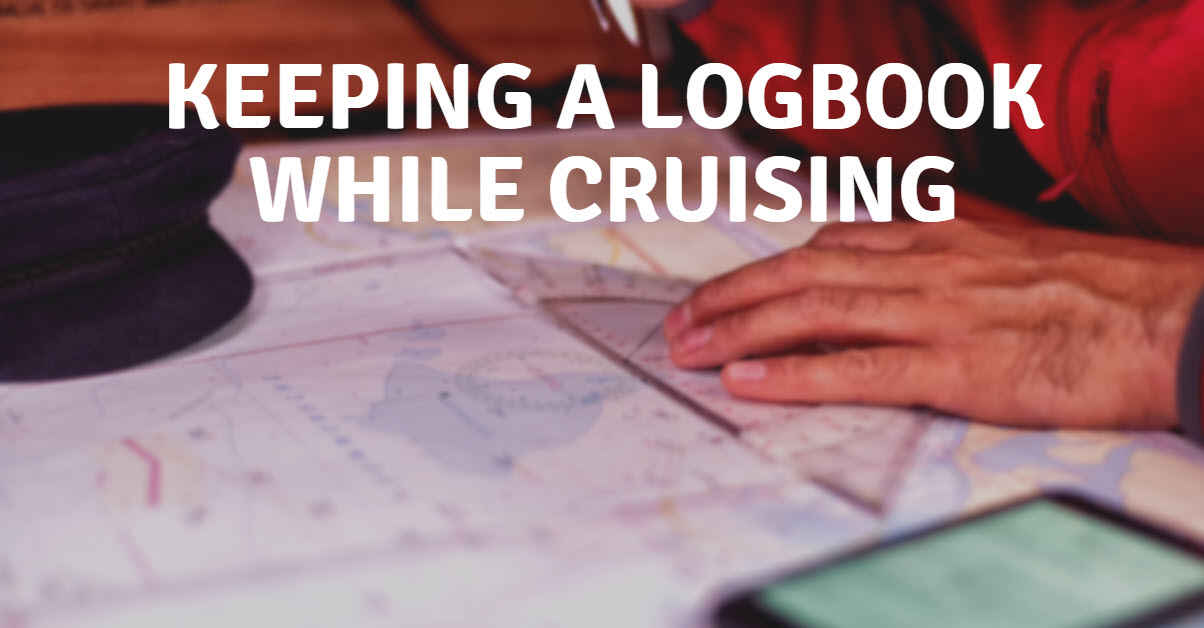 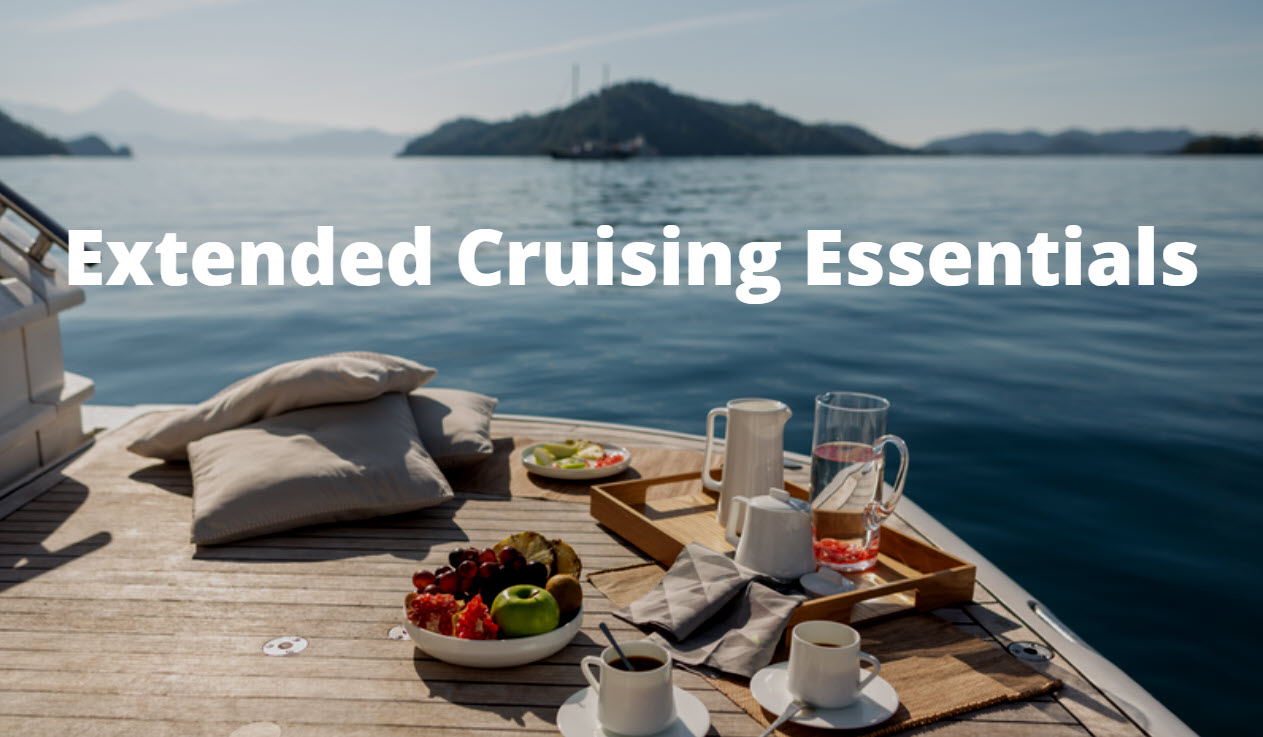