The Best Days Of Boat Ownership

Marine industry veteran Phil Friedman recently wrote about his distaste for that saying about the two best days of boat ownership being the day you buy it and the day you sell it. He thinks that is wrong.

I agree with Phil and would argue the opposite to be true. Some of the absolute best times of my life have been on a boat. I have great memories that could never have happened otherwise.

I have been extraordinarily blessed to experience so many boats, people, and places in my life. So many wonderful people invited me to be a part of their adventure. Experiences on my own boats convince me how absurd it is to think that buying and selling a boat are the highlights.

As we approached the Marquesas Islands after 18 days at sea, the smell from Hiva Oa was so sweet and tropical, it tickled my senses way before we arrived. The elation one feels after a successful passage is hard to explain to someone who has not been there. Approaching Bermuda, the Azores, or any far-off landfall is a special experience. For a couple new to cruising, reaching the Dry Tortugas is every bit as satisfying as crossing an ocean.

The last night watch on a passage is always exciting for me, the impending arrival promises new discovery. I also feel a little sad that our passage is about to end, days on a boat with new friends sharing a common bond…a point in time never to be repeated. But however sad I feel is tempered with a sigh of relief that we made it, that nothing major broke or caused harm to the boat or crew. I may be tired from standing watch day after day, but on this last night I am fully alive, keenly aware of everything around me. The sounds of the boat traveling through the water are familiar by now, no matter what kind of boat. The rhythm of the boat is inside me by the time it is over.

A perfect evening at anchor after a day filled with activity and watersports. The dinner is done, the dishes washed and put away, the sunset’s glow almost gone, the quiet sounds of laughter from a boat far away. They say sounds travel farther over water. That is especially true with laughter.

(Seen Below: Our Atlantic crossing was almost over, as we approached Gibraltar at the southern tip of the Iberian Peninsula. The previous evening was a bit tense as we had to contend with dozens of speeding ships crisscrossing the approach to the Strait of Gibraltar. AIS proved invaluable.) 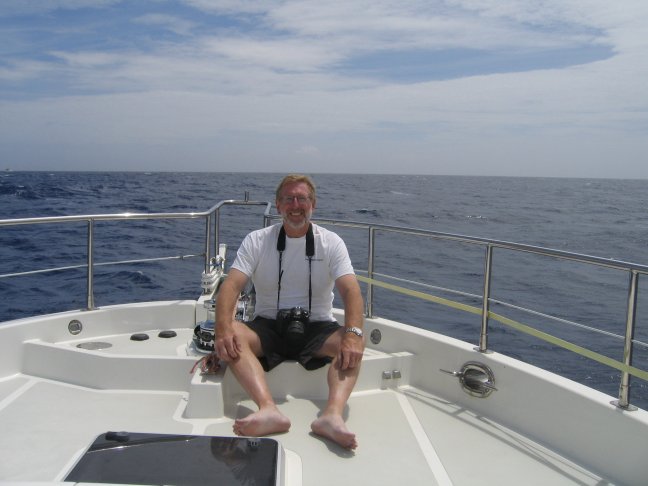 Sitting in the cockpit or in the pilothouse, coffee brewing, the dawn of new day unfolds before me, the only sound from ducks nearby. A gentle early morning anchorage is a special time for me.

I enjoy an opposite emotion after heavy weather or thunderstorm. The delight of being alive, nerves raw, content that we made it.

Docking or locking through a canal in a foreign country, when some person walks up and takes our line without a word spoken. He doesn’t speak my language, but it doesn’t matter. The smile is universal and a nod of his head. A fellow sailor.

The soothing sound of rain hitting the deck inches above my head, snuggled in my V-berth, utter coziness on a small cruising boat.

The smell of bacon coming out of the companionway, the aroma strong enough to stop people walking the docks in Winslow on Bainbridge Island many years ago. It is July 4th and I am here to see the lawn mower drill team parade through town.

That knock on the hull from a couple in their dinghy...got any books to trade?

(Seen below: My last charter with friends in the British Virgin Islands, the year before the BVIs were devastated by Hurricanes Irma and Maria in 2017. Sadly, we found the snorkeling much less interesting than years before, as the once colorful underwater scenery was mostly empty and muted. I have memories of better times.)

Watching phosphorescence splash onto my mainsail as I sail down the East Coast, or looking at it follow our trawler’s wake as we cross the Gulf of Maine, like a shadowy white dolphin swimming close behind the stern.

On watch at night far offshore, the cloudless sky lit by billions of stars that span the horizon in every direction. Such a humble feeling of self with the universe in all its glory, alone in the cockpit, safety harness clipped in. Just me and the cosmos as we sail steadily on course, the sails trimmed just so, the boat sailing itself.

That wonderful feeling after a shower, sipping a martini, after a day on the water. Soon it will be time to light the grill, but now it is time to chill. Life is good when you can share it with friends.

Speaking of friends, those fun evenings when I was younger, rafted up with another boat, or two or three off Sandy Hook. Of course, the greater number of boats in the raft, the increased certainty of a vicious thunderstorm late into the night, young men and women scrambling out of their bunks to check anchors and fenders, all bodies in varying stages of nudity. We did our best not to stare at bare skin...

The day we arrived after a multi-day crossing. Finished with engines, no water rushing past the hull, all is calm. The wonderful pleasure of washing down the boat at anchor with fresh water. I thank the owner once again for installing such a large watermaker and foredeck and stern hose connections, so we could decadently use the ship’s fresh water supply to rinse the slime and salt off the exterior, windows, and railings. That primal feeling of being clean is so nice.

Paddling through a crowded summer anchorage in Annapolis and coming upon a boat that somehow got its mooring line caught under the rudder skeg and using my kayak paddle to free the line. Please come aboard for a drink, thank you so much!

Waking up to a foggy New England whiteout with zero visibility, and not a sound in the world. It’s a free day at anchor to finish my book.

A solo trip down the ICW. I don’t recall how many days it took, but it doesn’t matter. Every day was fully engaged, running the boat alone. I made my lunch each morning, then prepared for a new day driving the boat from the flybridge. I checked the oil and systems, then quietly got underway, all systems go, both VHF radios set to different channels. I studied the route the evening before, just to refresh my memory of what to expect this day and where I planned to spend the night. Invariably, if that involved a marina fuel dock, there would be people on the docks who recognized the boat. There was never a lonely moment, just a thrilling adventure with day after day of total focus and being in the zone.

Climbing down from the fishing pier dock onto the top of a fishing boat’s pilothouse, carrying a grocery bag, so I could scramble onto the next rafted fishing boat and then get aboard our rafted trawler in the Bay of Fundy. The tidal range is something to experience in Nova Scotia, averaging 43 feet.

Lying flat on the bow of a trawler shooting through Dodd’s Narrows at 13 knots, trying to capture the moment with my camera, the trawler heeled over at a sharp angle as the swift current catches us and turns us sharply to port.

I could go on with my memories of a lifetime, but I hope I’ve convinced you why I don’t agree about the two best days of boat ownership, not even close. Or that it is just a hole in the water you throw money into.

For me, every dollar I put in it comes back with an extraordinary experience that would be impossible to come by any other way.

Why don’t you go cruising and see for yourself how wonderful memories are made.

(Seen below: In 2002, Steve D'Antonio and I took this little Willard 30 from Mathews, Virginia to Bermuda, the smallest displacement trawler to ever make that passage. The forward section of the boat was so uncomfortable we lived in the saloon, helm, and galley spaces. Our voyage was no stunt, however, but an exercise in careful planning and voyage preparation. Proof that one can cruise on any size boat.) 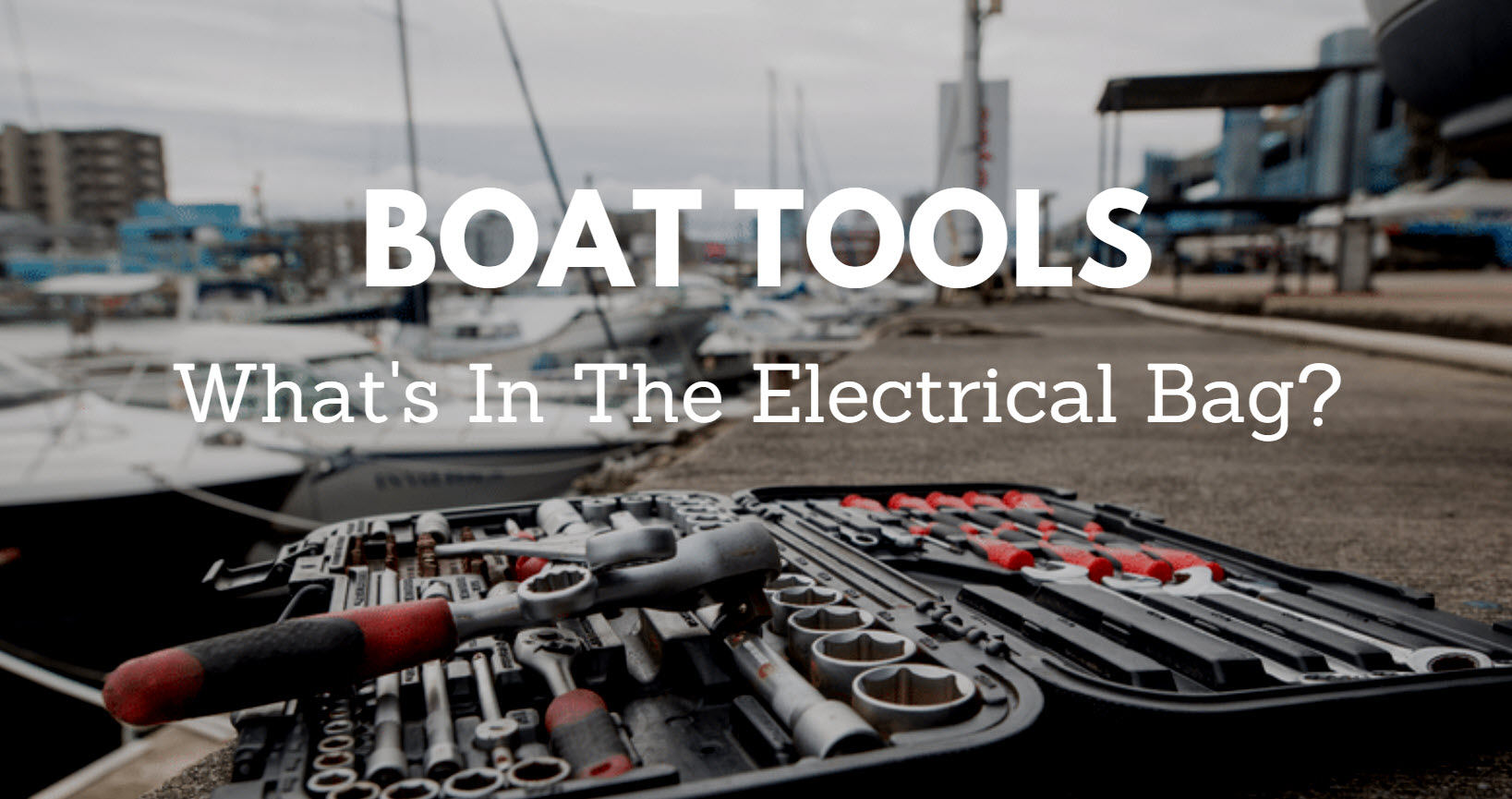 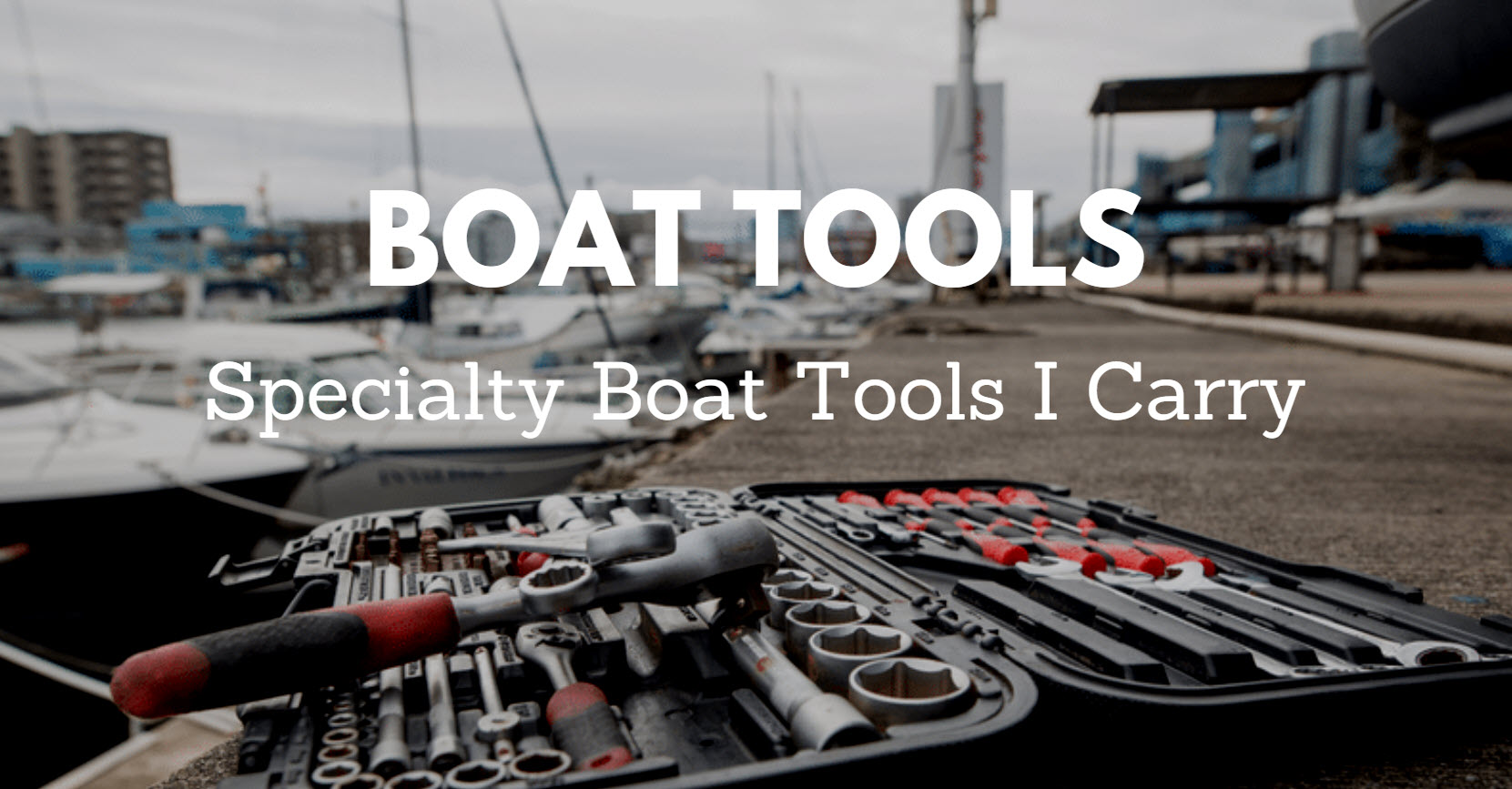 I Am Going Cruising. Should I Carry A Gun?

A Matter Of Staying Safe While Boating

Boat Tools: How Do You Keep Yours?