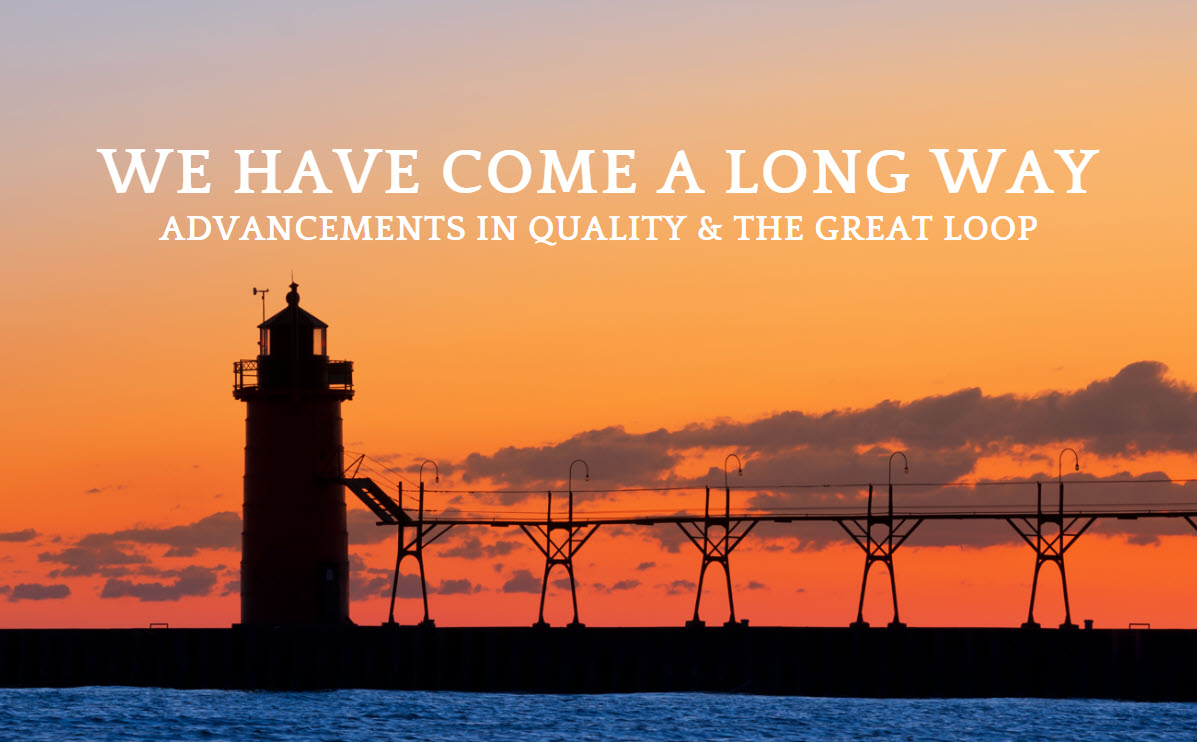 A broker friend shared a file with me he recently discovered. It is the journal of his parents, who did the Great Loop in 1998-1999 (it was called the Great Circle back then). They were experienced boat people who owned a boat dealership in Virginia. Dan knew I would get a kick out of his folks’ trip notes, as they traveled aboard their late ‘80s Grand Banks 49. The boat was the top of the line of the brand’s dependable diesel cruisers. One of my all-time favorites.

What I found most interesting is how different their log read when compared to a diary of today’s Loopers or others running the ICW down to Florida, or perhaps traveling from the Gateway to the San Juans up to SE Alaska.

One might argue that the boat was already 10 years old when they did the trip. While I grant you that, the more relevant point to me is that the technology of those days can’t really compare to the refined, interacting systems of today, which offer outstanding reliability. Reading this journal just proves how far we’ve come in all the ways that make for a successful and satisfying trip.

(Below: An example of a classic Grand Banks 49.) 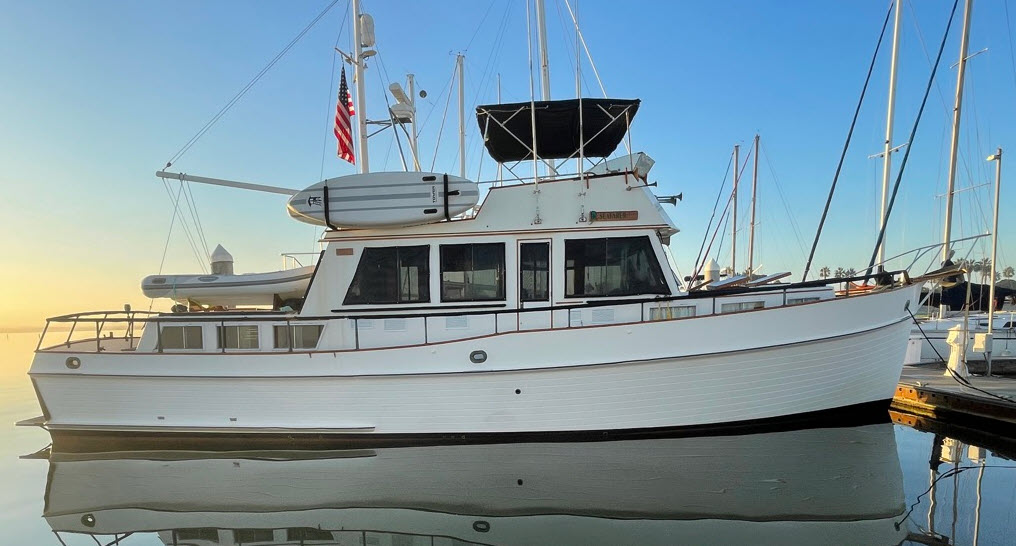 From the very start, leaving the peace and serenity of Virginia’s York River, the couple had to deal with issues on their boat. They traveled in company with another couple on their Grand Banks Yacht, and they also had their share of issues. To be clear, a couple of GBs heading north together was about as good as it got back 20+ years ago, the quality of engineering, construction, and systems second to none at the time.

They had problems with mechanical throttle cables. We have modern electronic controls, with none of the issues surrounding loose set screws, binding cables, or things coming apart from continuous vibration. The two engines on the Grand Banks were no doubt a couple of 3208 Cats with turbos, the standard of the day. Strong, reliable, and generally easy to keep running. But even those venerable diesels are no match for today’s engines that self-diagnose and monitor performance to a high degree, not to mention produce a huge reduction in emissions.

Running up the coast off New Jersey, in conditions typical even today, the sediment in the boats’ fuel tanks got stirred into suspension from the boat’s motion in the seas. This is the very reason fuel polishing is considered so vital in today’s cruising trawlers and motoryachts. They experienced a poor-running starboard engine on that run, apparently from clogged fuel filters. But it turned out to be a problem with the engines’ synchronizer, causing one of the engines to stumble and run rough. They did not find this out until later when they switched off the synchronizer on the approach around Sandy Hook at the top of the New Jersey coast. It would go on the list of growing mechanical and electrical issues they encountered almost each day. None were showstoppers, but were just more things to troubleshoot, repair, or replace.

The ship’s generator had a fuel leak, caused by a leaking lift pump. The electrical system had gremlins come and go, and even the marvelous Northstar LORAN unit and GPS plotter had trouble communicating data.

Their buddy boat faired about the same, with one thing after another keeping the owners working through an ongoing punch list. Again, none were terrible enough to threaten the trip, and were considered just part of what cruising was all about back then. Replacing one of the head’s macerator pumps was considered part of the day’s activities, fit in along with stepping ashore and exploring a new town along the Loop. The women went exploring for part of the day while the guys stayed aboard fixing things. That sounds pretty typical for the time, and like many of the travel stories we published back then. It was a rare day that goes by without something needing attention.

None of these efforts compared to the grief they experienced when they got hit with lightning, which killed the Autohelm autopilot, the sensors for the engine gauges and other instruments, and destroyed the LORAN unit. Anyone unfortunate to have suffered even an indirect lightning strike knows there is nothing one can do…except plan on the expensive and time-consuming replacement of fuses, electronics, and funky little problems that may not surface until much later in the trip.

(Below: A circuitboard in a boat's electronics is fried after being struck by lightning.) 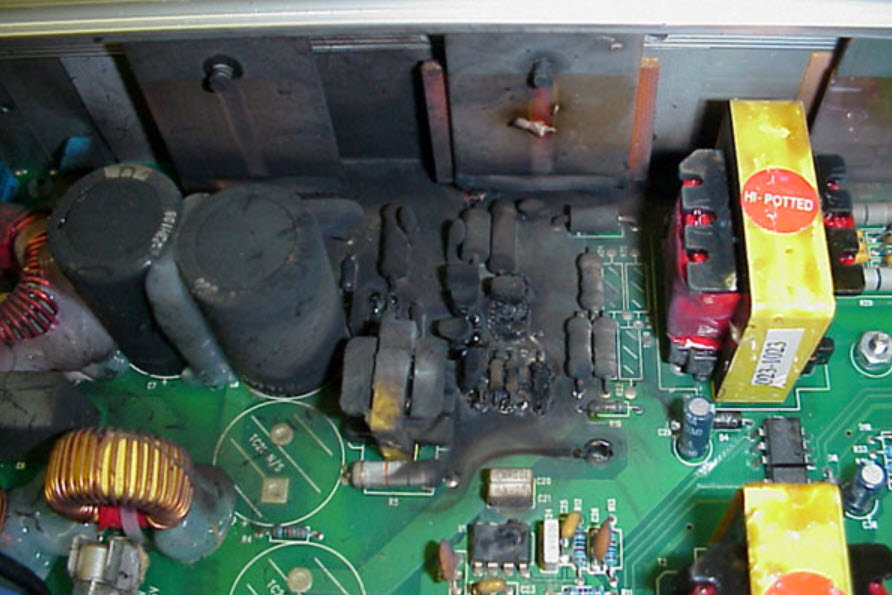 Despite all this, the two couples had a fabulous time on their Great Loop adventure. That was absolutely clear in the pages of the journal. There was excitement and thrills about so many things. It was just “normal” to also maintain an ongoing list of things to take care of during the trip.

Even getting parts was an issue. Replacement parts sent to the boat proved a lot more problematic than it is today. How they were able to eventually get these parts, totally dependent on where they were along the route, seems downright medieval compared to the One-Click experience we have today.

I compare these experiences with our friends currently doing the same trip, or some other extended cruise, but on contemporary boats. Everything is so much better now, more reliable, and easier to troubleshoot. Again, one might try to make the argument that the Grand Banks was an older boat and therefore more prone to issues and failures solely because of its age. But these events happened over 20 years ago, not today. Obviously, anyone cruising this same vintage trawler today will likely have lots of issues, compounded by age. But back then it had more to do with current technology of the time, not the age of the systems and parts.

These things were expected, so anyone who went cruising just expected to spend time as a ship’s engineer and troubleshooter. It was part of the cruising experience.

I compared this to how we made road trips by car back then. There was always a certain understanding that simply jumping into a car and driving cross country was not likely to be trouble-free. Such a trip meant we needed to do some level of preparation before any major road trip, from updated maintenance of the engine to checking the condition and pressures of the tires. We had national organizations dedicated to support America’s road warriors. They were there to assist along the way. Remember Triptiks and those maintenance guidelines from AAA? And every new car came with directories of dealers and service locations in the glove box.

Today, most cars don’t even carry spare tires. That was unthinkable a couple of decades ago.

I recently “delivered” a car to friends who just moved back to Michigan from Annapolis. A friend and I offered to drive their car out to Chelsea from Annapolis. I drove their hybrid Ford, while my friend followed along in his older Lexus SUV. It isn’t driven much these days and has some issues. But we thought it good to drive with its AWD, as we would be driving through the Pennsylvania mountains in the early winter.

The trip out to Michigan went without a problem, and the drive back was equally uneventful. Which is surprising to me on some level. We encountered plenty of snowy conditions on the turnpikes through the mountains, and I found the Lexus had a dashboard full of red and orange warning lights. I have never before driven a car any distance with so many warning lights. It was unsettling. We covered 1,100 miles over those two days.

Yet, in contrast to travel back in the old days, our only valid worry was running out of windshield washer fluid. Think about that for a second. A car sits untouched for weeks on end, then travels over 1,000 miles without a second thought. Pretty amazing.

The experience of Sidonia and Fred on Last Item, the Nimbus 405 Coupe on their Great Loop, has been trouble-free compared to the experience with the Grand Banks 49. I don’t believe anything went wrong on the Nimbus beyond noticing a minor oil leak that was fixed during routine maintenance. The bent prop they had was not the fault of the boat or its systems.

(Below: Sidonia on their Nimbus 405 during their Great Loop Trip at "The Big Chute".) 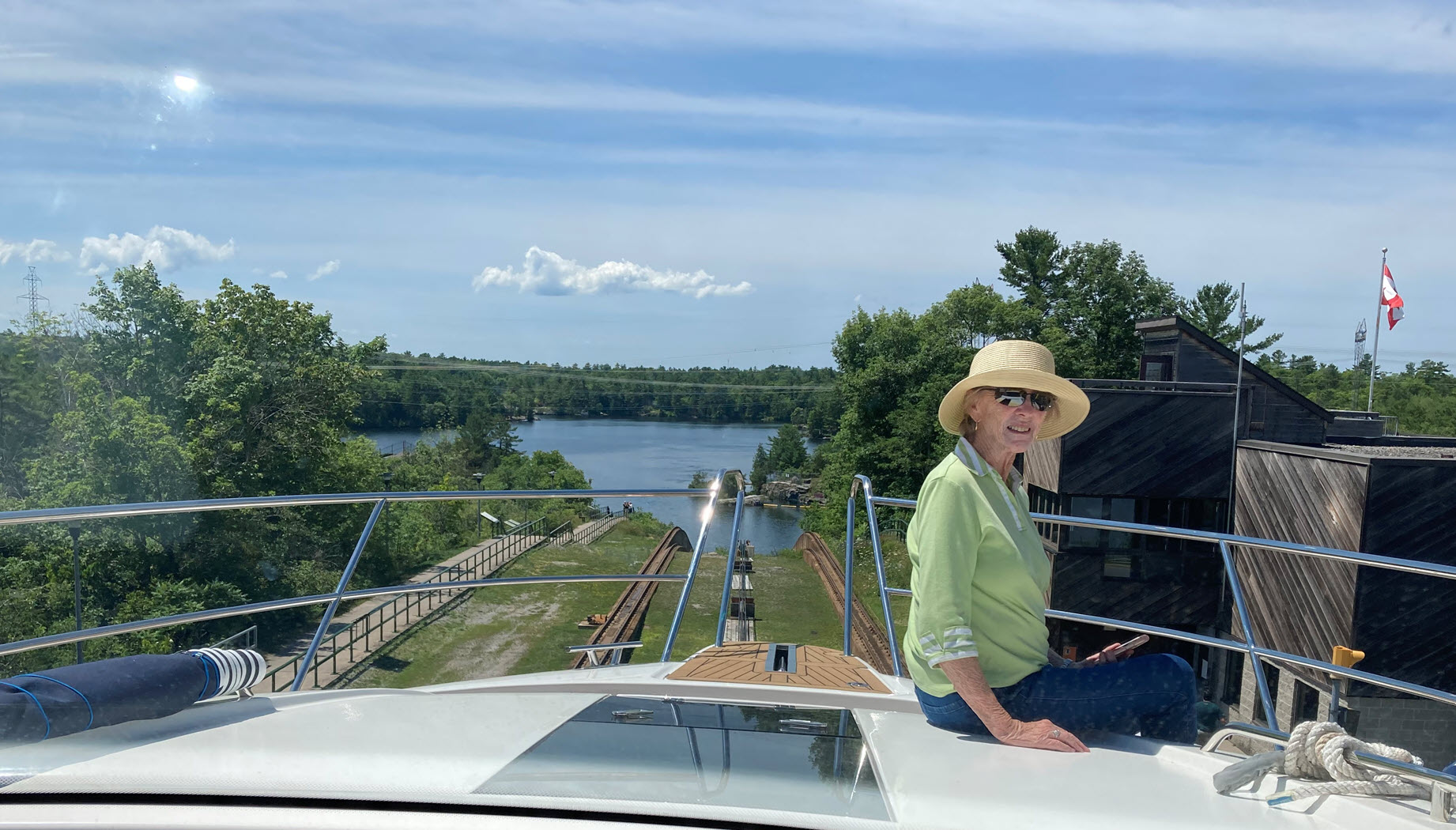 What is significant to me is that every element of the Nimbus cruiser is the latest and current technology. Electronic, integrated, self-diagnostic. With few mechanical linkages to work loose…if any.

The daily routines once required of the designated ship’s engineer (usually the husband, but not always) are no longer required. Today, we should expect to simply get the boat tied up at day’s end and walk into town to check out what is going on, maybe enjoy an ice cream cone on the way back. For the most part, I’ll bet most couples are far more interested in seeing the sights than adhering to that saying that “Cruising is fixing the boat in exotic locations.”

When you take ownership of a yacht like a Northern Marine, an Endurance, Regency, Nimbus, or most any of the modern cruising choices out there, I think it is appropriate to raise your expectations. There will always be issues, of course, as boats traveling in open water will always operate in a somewhat uncontrolled environment. But still, it is fine to now expect a higher level of reliability from one’s boat, allowing the crew to enjoy the travel “experience” without thinking about what will break next, or how difficult it will be to receive parts.

If all scheduled maintenance is followed on a newer, modern yacht, and pre-trip tasks are done, such as ensuring clean fuel in clean tanks before leaving the dock, there is every reason to expect a marvelous time with minimal difficulties.

And not assume you’ll need to roll up your sleeves and get down and dirty with rags and grease, instead of trying a new aperitif in an outdoor café with your partner among the sights and sounds of somewhere new. 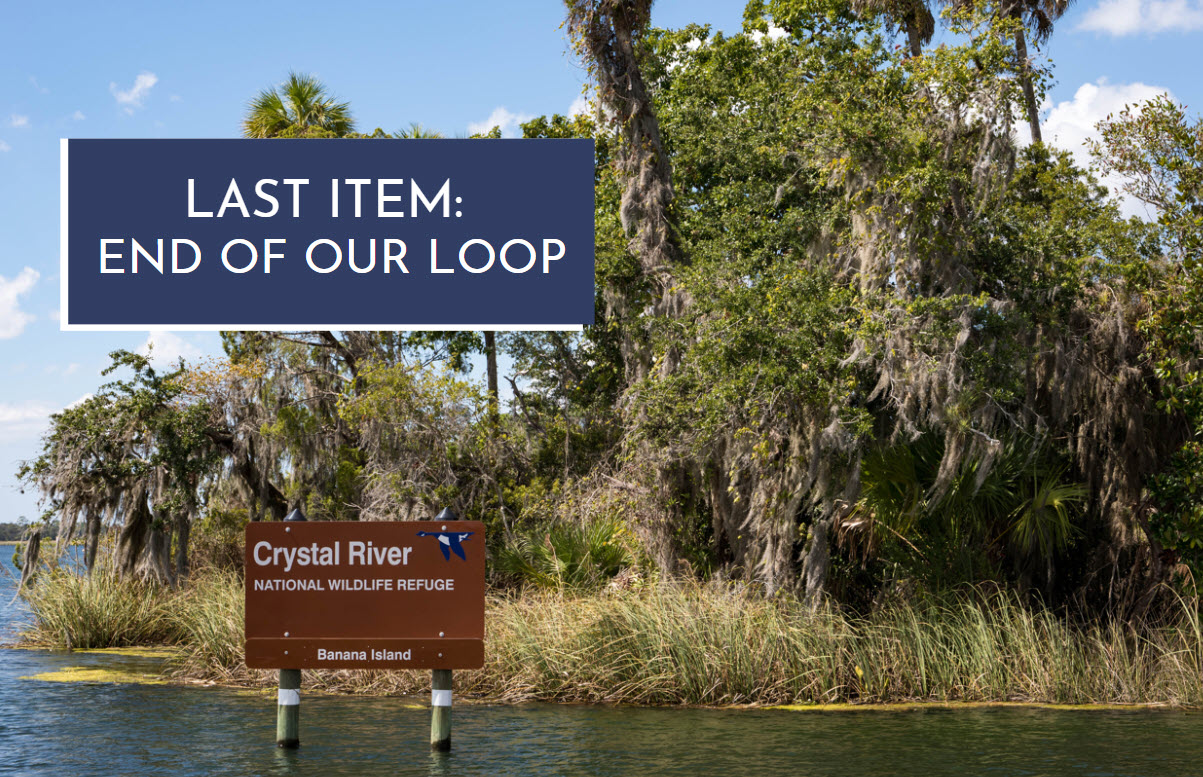 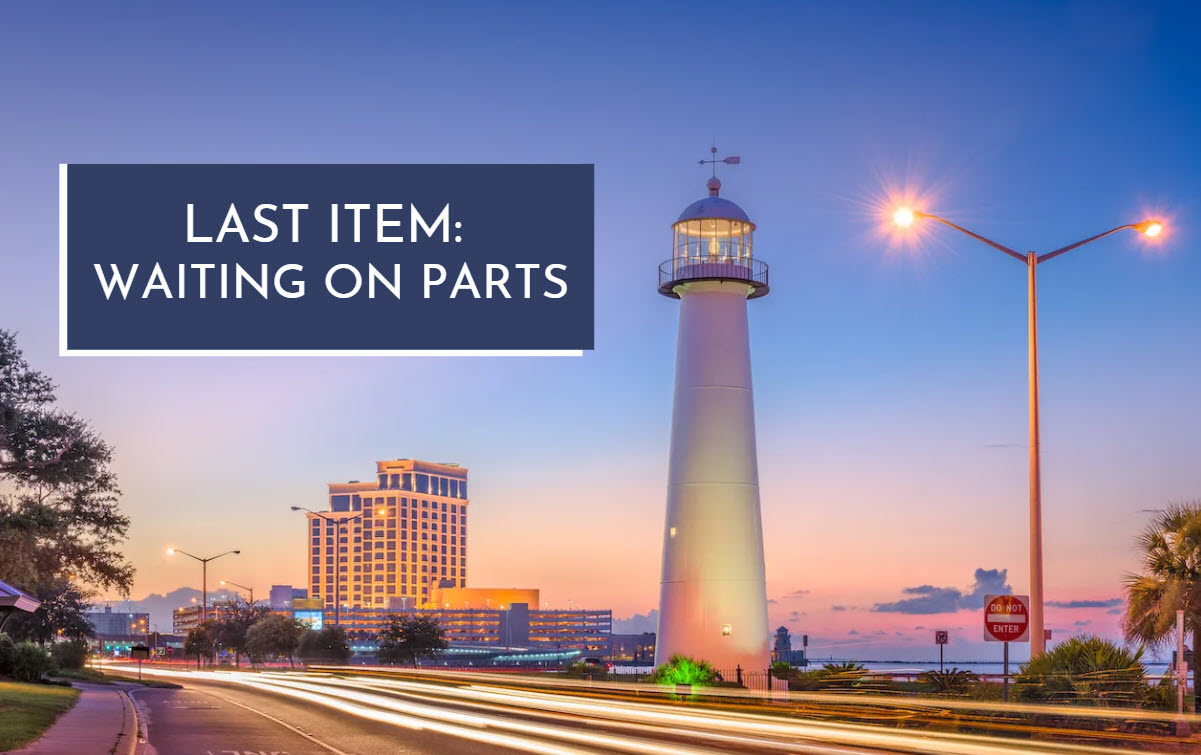 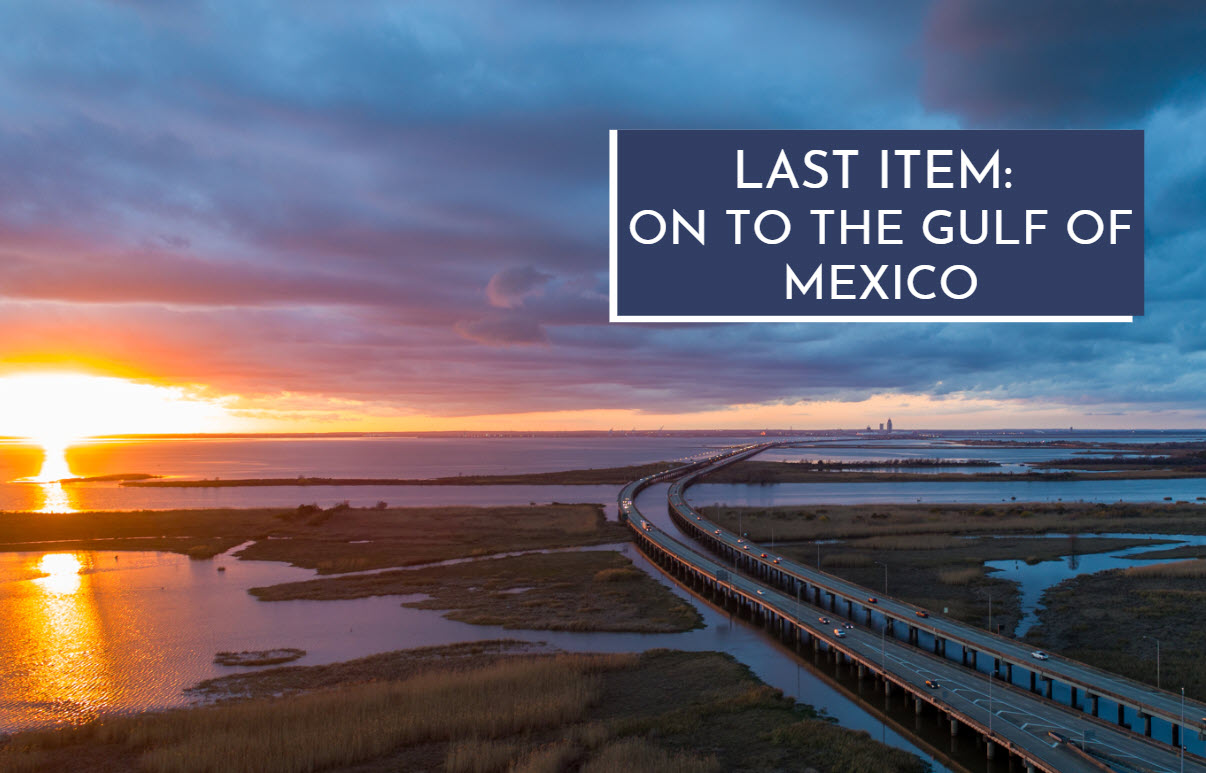