Letting Go But Still In Control 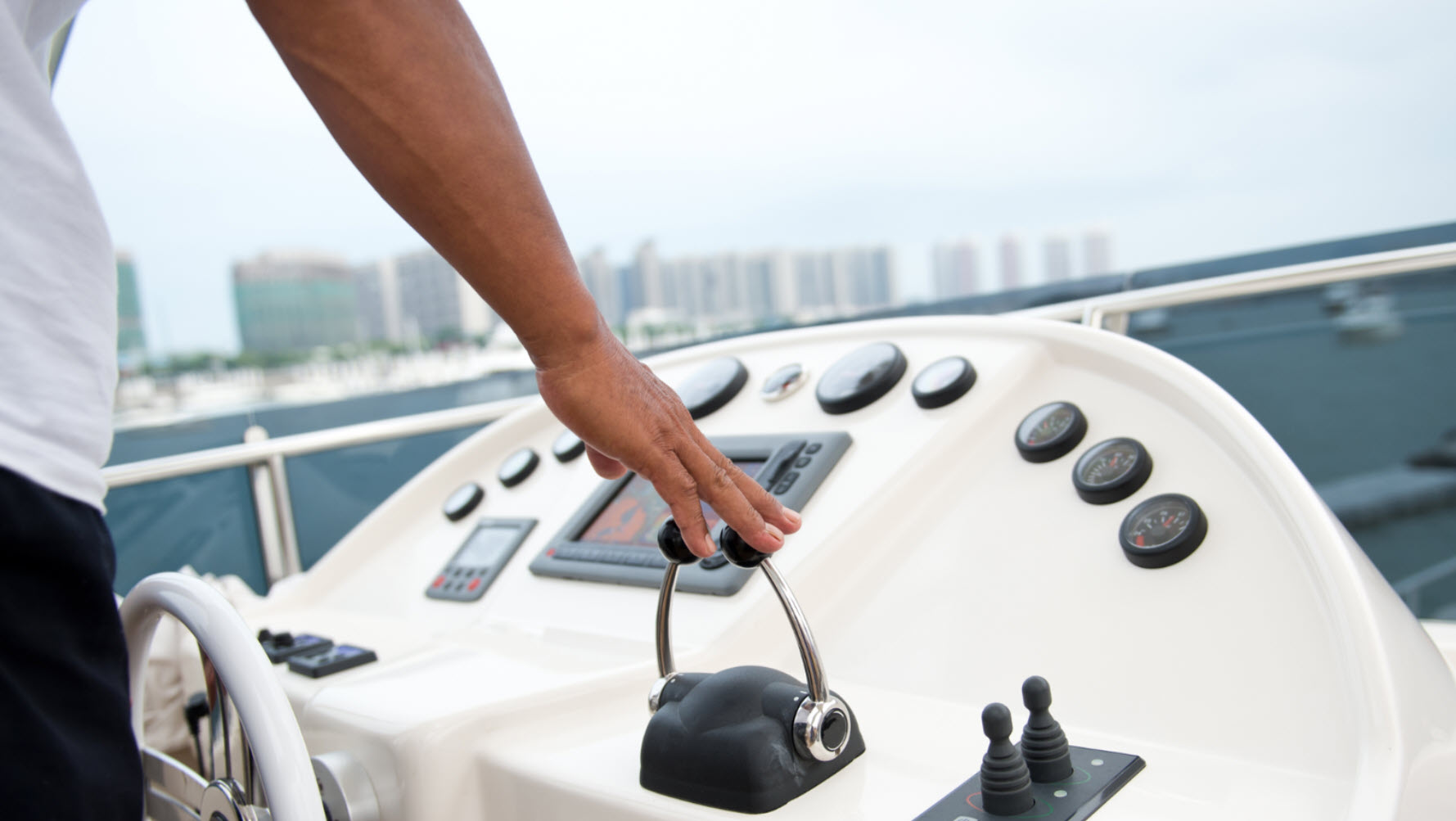 There was a recent maritime event that serves as an excellent reminder of the fundamental problems with letting technology rule the day. I am not referring to the super-sized container ship that blocked the Suez Canal for a week, causing millions of dollars of additional costs from missed schedules and deadlines. This unfortunate incident points to a larger question of whether we have gone too far in building ships we can no longer control when things get out of hand. There will be much debate on this subject in the coming months, as world shipping companies continue to move to ever-larger ships that can’t fit in the Panama Canal and must use vulnerable transportation routes with the ever-present risk of creating a global calamity.

No, I am referring to the February incident in St. Maarten when the mega-yacht GO lost control at the most inopportune time, while preparing to leave Simpson Bay Lagoon and go past the Simpson Bay Bridge on its way into the bay beyond and open ocean. Operating from a fully computerized bridge (with no less than 14 computers), the captain experienced an electronic malfunction that would not let his crew disengage the engines as they approached the narrow bridge opening.

Having made this trip numerous times in the past, the captain knew the 13.5-meter beam of the yacht will not allow even the slightest error while navigating this space. It was a disaster about to happen.

Thankfully, the quick-thinking captain used the yacht’s thrusters to alter course just enough to aim the bow of the moving yacht at the wooden dinghy docks of the St. Maarten Yacht Club off to one side of the narrowing waterway.

Several YouTube videos show the yacht as it slowly crunches the wood docks and hits the beach, bringing the yacht to a stop, only to be followed by a second computer malfunction that caused to the yacht to back up and again crash into the dinghy dock.

No one was hurt, there was no environmental damage, and the insurance companies are working hard to determine the cause of this apparent computer malfunction. The super yacht was launched in Turkey in 2018 and has all the latest in computer-driven systems for navigation, systems control, and vessel management.

But the systems engineers apparently missed a key design element of the yacht’s bridge control system. That is, to provide the captain and crew the ability to manually override the computer and take back control of the vessel at the slightest hint of a problem. They did not seek the needs of those professional mariners charged with safely operating this yacht as it travels the world.

That is a big problem, in this case because of its high potential for a catastrophic disaster to a small island nation. The yacht carries some 166,000 gallons of fuel and the possibility of a punctured hull by the surrounding rock walls is not a pleasant thought, nor are the many ways crew or others could have been injured, or damage to the bridge and its infrastructure.

No matter how much we rely on computer systems, and the accuracy and reliability we have come to expect in our electronic systems, it is also worth remembering that many of the supporting systems are themselves fragile and somewhat vulnerable on occasion. Recent studies confirm AIS and GPS signal vulnerability. 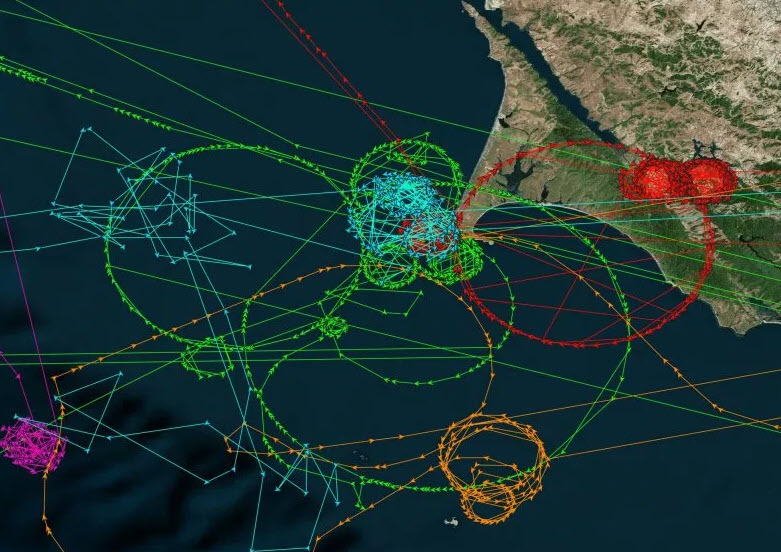 This is not to say any of this goes against the reality presented in my recent article on the paperless helm, as NOAA confirms it no longer supports the world of paper charts. Paper charts are not the answer to the challenges of today’s maritime navigation. Over relying on electronic charts, however, and the additional layers of GPS and AIS position information, now puts us at risk because we too easily let our guard down in situations that really demand more, not less, human oversight.

The last thing we need in the modern pilothouse is complacency, accepting what is on the screen as the ultimate reality, no longer requiring constant vigil of one’s surroundings using our eyes and ears. It is all about balancing the electronics with the physical world and maintaining situational awareness for safe and successful navigation.

I could share numerous situations where I came face-to-face with owners who not only embraced this complacency but refined it to a point of dangerous navigation roulette, where the safety of the boat and crew were on the line. Two instances stand out as perfect examples.

The new owner of a bluewater trawler had such a love affair with his new electronic helm, complete with the latest chart plotter and vector charts, that he was all but oblivious to the surrounding environment. Crossing the Gulf Stream from Ft Lauderdale to the Bahamas, he showed his true colors as a stubborn and irresponsible owner/operator, purposely slowing the boat down on his watch to approach the islands in the worst possible light. We had difficulty safely getting into the entrance cut, with jagged rocks on both sides, unable to see clearly in otherwise crystal-clear waters. He offered no explanation.

Later we proceeded to town where we could officially enter the islands, and it was simply astounding how little this fellow looked out the pilothouse windows. His eyes glued to the screen, he navigated without regard to the other boats and obstacles around us, despite the voiced concerns and warnings from the three of us serving as crew. It was a miserably unfun number of days, and I could not wait to get off the boat.

Another instance comes to mind when a potential buyer came along on the spring delivery of several Canadian power catamarans, a delightful trip down various waterways in New York State. His obsession with running the boat from his portable GPS plotter was frightening, and I simply could not get him to slow down as we ran past marina after marina, all with posted signs for traffic to slow down and reduce our wake. We had a couple of arguments over his lack of situational awareness, something I do not recall ever happening during my travels. But his total indifference to reality over the digital world on his electronics was just too much. The boat builder representative was reluctant to say anything, no matter how much he agreed with me in the deteriorating situation as we approached a terribly busy New York City from the Hudson River.

Thankfully, this guy decided he had seen enough of the boat and asked to be put ashore at one of the terminals on the New York waterfront. We were more than accommodating to get him back on land.

(Seen below: New York Harbor and surrounding waterways can get quite crowded with boats.) 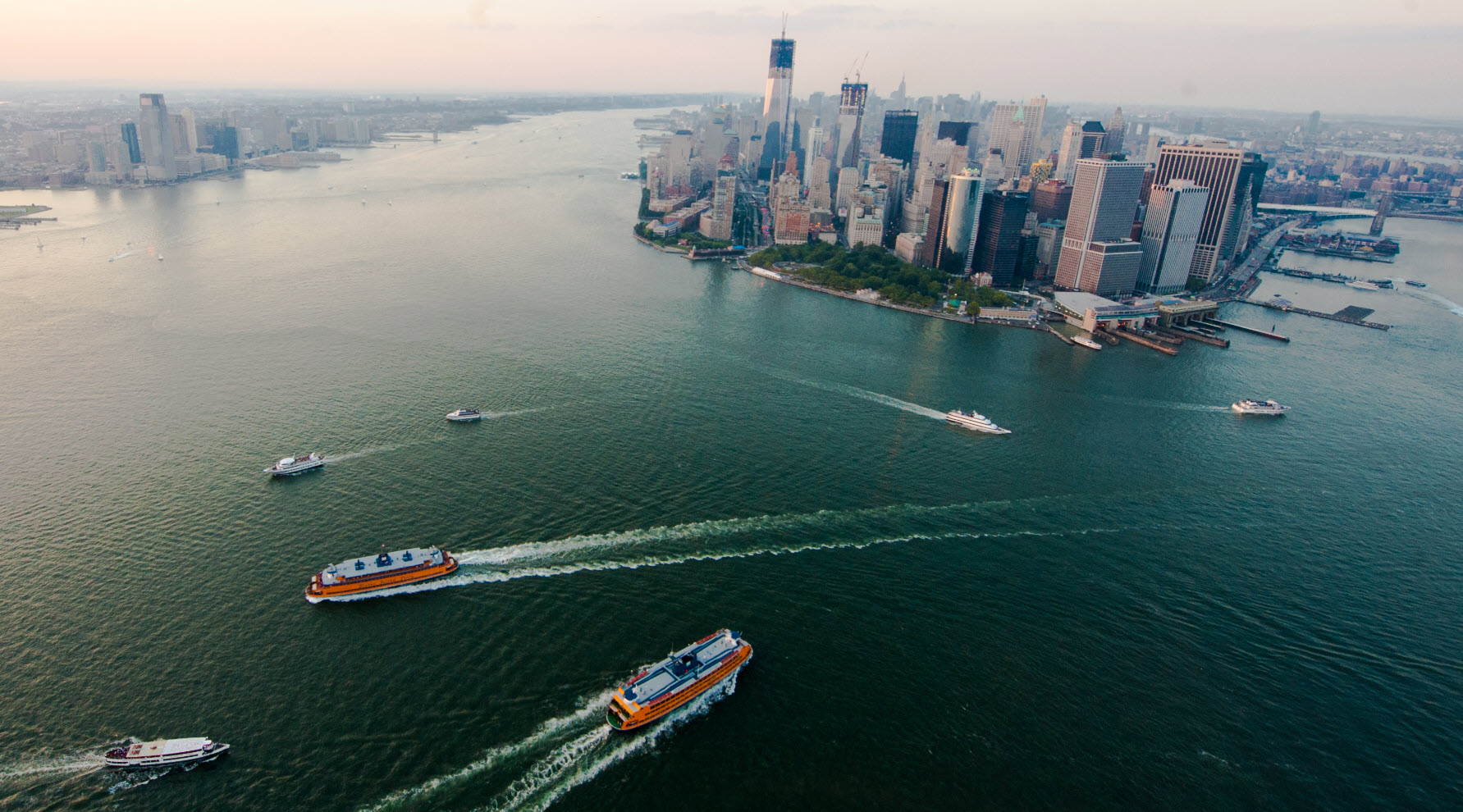 Again, it is all a matter of balance. Use technology for the wonderful benefits it brings to the modern helm, and balance it with the traditional skills of a hands-on skipper, who keeps a watchful eye on the surroundings and everything going on. There is no better feeling than being in control on a boat in the zone. You are master and commander.

Given that some of the electronic aids we use are admittedly not bulletproof, one can’t help but wonder when (or if) we will eventually benefit from the inertia navigation systems used by aircraft and other machines that don’t completely rely on GPS and other sources for successful navigation. Developed from the control systems on rockets and spacecraft, they use measurements provided by motion-sensing accelerometers and rotation-sensing gyros to track position and orientation relative to a known starting point, orientation, and velocity.

Continuously calculating current position by dead reckoning of a moving object without total reliance on external references would seem a dream come true. Should we briefly lose a GPS signal, or it goes haywire, the system continues to operate just fine without it. Even the best of these systems, however, still get periodic corrections from external navigation references when available (such as GPS), which is normal and acceptable. This is like Casio’s G-Shock series of wrist watches that use signals from land-based atomic clocks to occasionally correct and maintain precise time-keeping accuracy.

The current cost and complexity of vessel inertia guidance systems no doubt limit its practical application for on-water navigation, but who knows what the future holds?

It is 2021, and I would like to think all boats can benefit from electronic upgrades, from time to time, as the advances in accuracy, redundancy, and usefulness remove so much of the worry of operating on the water.

Just yesterday I helped a friend bring his boat home from its winter storage marina. It felt great seeing the familiar marks and shoreline for the first time this season, while a casual glance at the plotter confirmed that the bottom was still shallow on both side of the channel outside of the designated channel, well-marked with crab pot-free markers into Whitehall Bay.

It felt comforting that all was good, all systems go, as we made our way to Ridout Creek, on this sunny afternoon on Chesapeake Bay. Verifying all is in proper working order has long-term benefits, as well. When we must do this again at night, or during one of the vicious thunderstorms so common on the Bay during the season, we will have confidence that the plotter will help us find our way home.