Keep Your Feet In The Real World 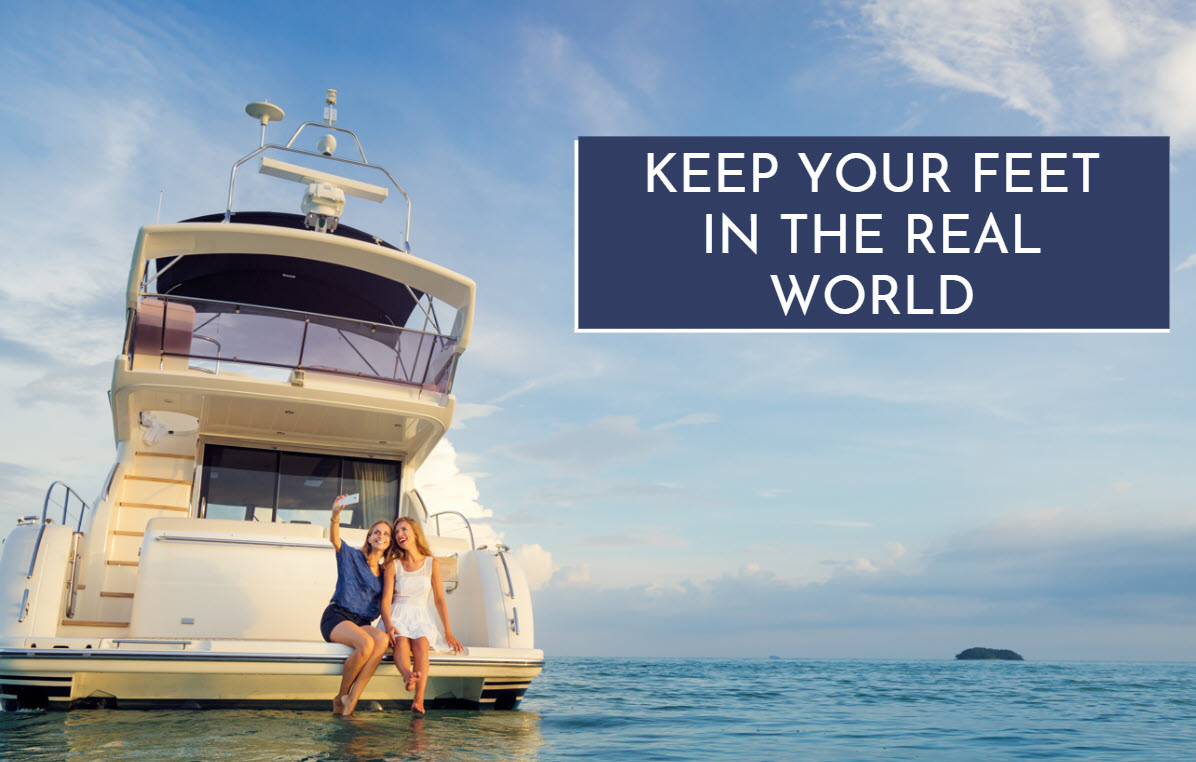 I will be the first to admit that social media has value and a place in our everyday lives. It is a fine way to stay in touch with. (If you’ve traveled and moved extensively like I have, there are numerous groups of friends you are close to but do not talk to on a regular basis. So, it is nice to follow their lives.)

It also is a grand way to see what is going on in matters that affect you and others in your community. There was a rooftop fire in a local shopping center yesterday, and it affected one of the popular local grocery chains we all claim as our own. Everyone learned quickly about the fire through Facebook, and the quick response by several firefighting companies in our area. Thankfully, Graul’s Market was undamaged enough to open today after a slight delay.

Despite my positive comments about social media, and Facebook in particular, I have real issues with how easily it sucks the average person into its vortex, and how that has long term negative effects, particularly about cruising.

To be blunt, I am certain that social media such as Facebook breeds complacency, mediocrity, and just plain laziness. While it can be yet another resource in the arsenal one uses to solve issues on a boat, it is all too apparent that for some it becomes the one and only source of information. And I find that most disturbing.

“Why should I attempt to figure it out myself when I can just post an inquiry on Facebook? I will receive dozens of answers and suggestions. Even if I assume many are irrelevant, incorrect, or based on ungrounded, shoot-from-the-hip opinions, there probably will be an answer somewhere that I need to move forward.”

Let me tell you, kind folks who put your trust in such folly, these are not the characteristics of competent sailors or trawlermen. Very few successful voyages were captained by men and women who relied on Facebook.

There was a recent post asking for information about transiting a lock system, although which system was not identified. How do you go through a lock? Does it cost anything? Do you need to call ahead? What do I need to know?

That is social media at its finest.

(Below: Boat US put out this social media video in 2012 explaining why to join. My how far we have come!)

Even so, there are many resources out there that are more consistently reliable than social media. To rely solely on Facebook as the source of problem solving is just plain lazy, in my opinion. If that is all you plan to invest in yourself, that is too bad. Your cruising won’t be as rewarding as had you developed your skills at problem solving.

The level of absurdity of some of these inquiries is amazing. I’m kidding here, of course, but some of the questions are not much different than asking, “How do you get to the meat section in Publix Market?”

The anonymity of answers also reminds me of an event years ago when I asked a question of the SSCA membership (Seven Seas Cruising Association) about how to handle a sticky situation of local authority regarding anchoring privileges.

I got a response from one of the so-called cruising ambassadors who gave guidelines as an answer to my question. I assumed it was good, credible information.

Later that summer, there was the traditional SCCA event at Port Annapolis right before the boat show, and members heading south were there. I saw the “ambassador” who gave me this information. The family of three showed up with a bag of chips and an opened jar of salsa. All other SCCA members brought beautiful trays of homemade appetizers and baked treats as a show of their talent and pride, the informal tradition of this yearly event.

(Below: A dinghy raft-up event sponsored by the SCCA.) 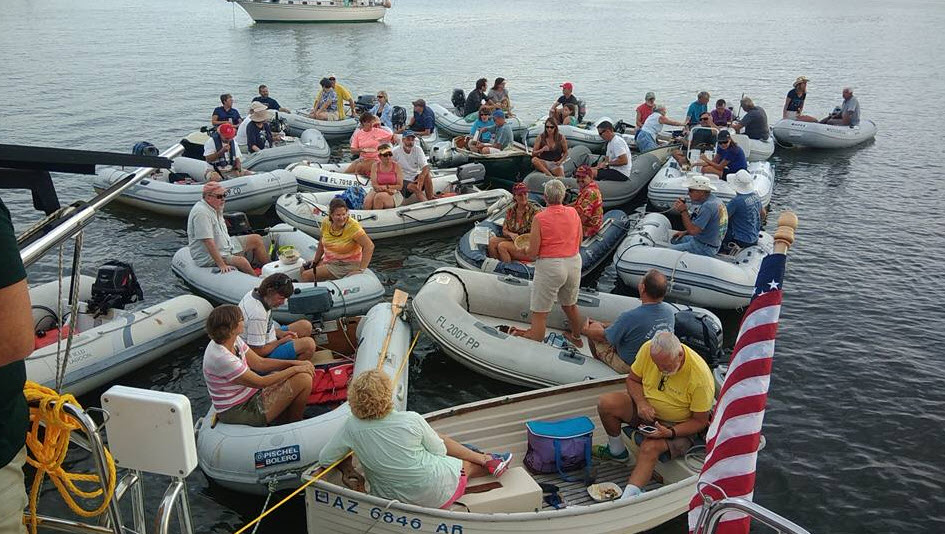 Later, I learned that this man had a run in with the authorities because they anchored in the main channel in the ICW. Boy, did I learn from that experience!

I can tell you there is satisfaction in figuring things out for yourself, using logic and common sense to unravel the steps of how things work, and how things may go wrong. It is mostly straightforward, at least when it comes to mechanical things. If you never work through this process on even a simple device, how can you hope to achieve competency to run a boat in the real world?

Cruising is all about problem solving and figuring out solutions as you go. If something doesn’t work, what went wrong? How did it happen, and how to keep it from happening again, or set up a reminder to check it or replace it at a specific interval? That is all part of being master of a cruising boat and helping others who might occasionally need your experienced help.

They say necessity is the mother of invention. Well, it is true. On our semi-custom Downeast cruiser, one of the windshield wipers had an issue, it was corroded and is spring had no tension, so it needed to be replaced. The location of the motor shaft came out just a bit too close to the eyebrow of the cabin top, and a standard gear puller would not fit the tight space to get the leverage necessary to pull the wiper arm off the motor shaft. 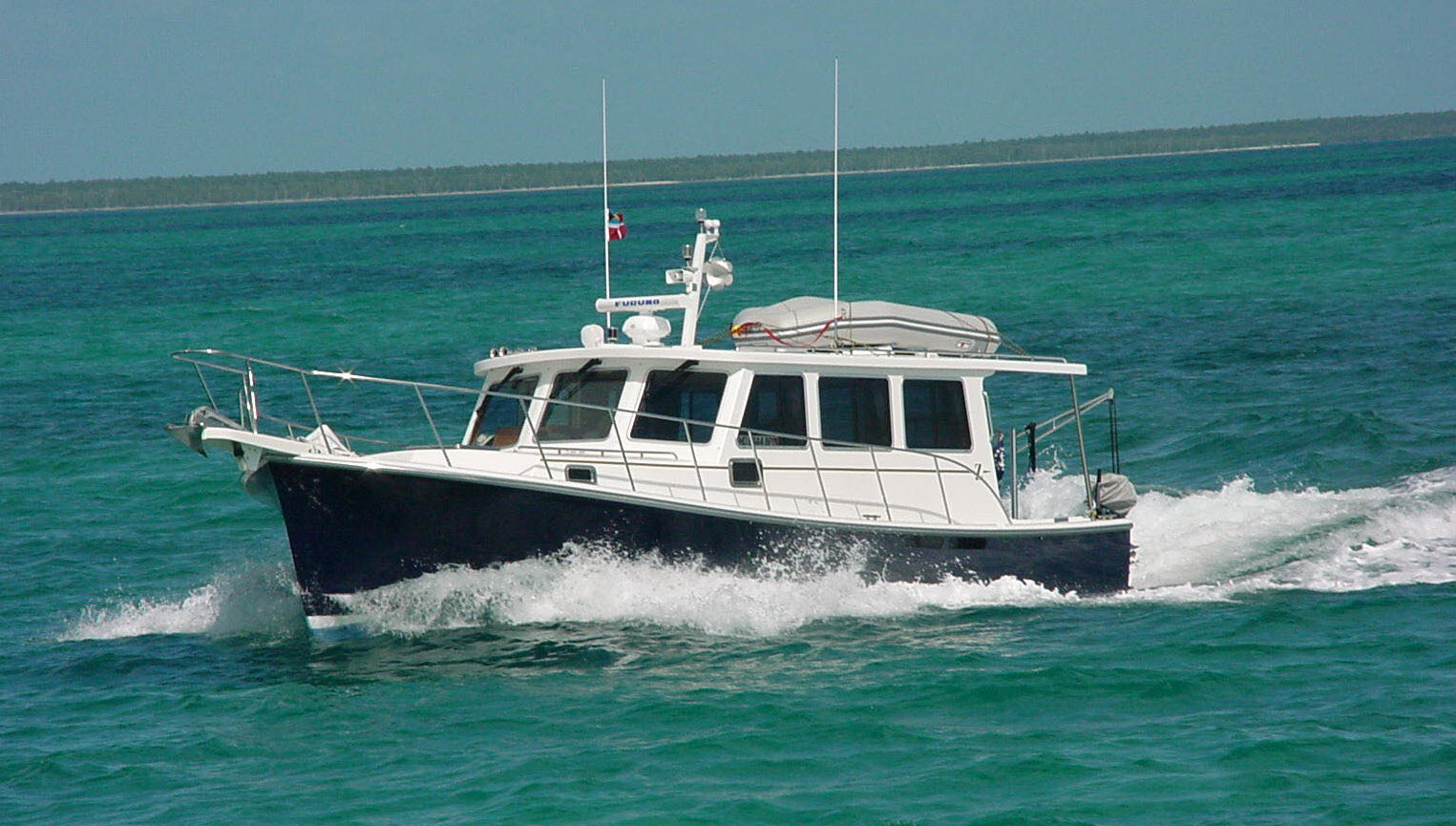 I didn’t want to call my service company or the boat builder to get the arm off using inappropriate tools, such as screwdrivers, which I knew might easily damage the gelcoat when trying to pry off the stuck wiper arm.

So, I built my own gear puller, from junk I had in my simple workshop. I made it to the custom size it needed to be, specific to the close tolerances of this tight space. It worked like a champ, and even the boat builder was impressed when I later showed it to him.

That is what happens when you don’t rely on others—you train yourself to become a better captain and ship’s engineer. You develop the mindset that you will figure it out. After years of that mindset, rather than relying on some old guy on the dock for inspiration, I always try to figure it out myself, and I usually do. In the process, one becomes trained in how to succeed when it comes to these boat projects. From adjusting the cabinet doors in the galley, to tightening a loose bowsprit on a sailboat that initially seems hopeless, it becomes almost delightful to use your brain and experience to build your skills. And the satisfaction of helping another sailor or owner who is still on the learning curve ladder is a later reward.

I hope I’ve helped you realize that the social media “safety net” is really just an illusion, and that you would be better served by owning the problem and seeing how to solve it yourself, with the tools and materials you have aboard. That is how competent sailors approach it…and life.

As that most electrical issues are loose connections, do you really need 10 people to tell you to check tightness of your electrical connections???

Take small steps along this path to self-sufficient mechanical and system competence. No matter how trying it may be to figure it out the first time, you will only need to find that obscure reset circuit breaker behind your generator once before it becomes part of your knowledge base.

And, by the way, there are countless resources about locking through a canal system. I would begin by finding the resources published by the authority responsible for that particular canal, as they no doubt have exact instructions to answer how to do it, any costs or seasonal fees associated with using the system, and whether anyone needs to be contacted directly ahead of time. And every cruising guide worth buying will offer the same information.

(Below: As an example, Canals.NY.GOV has many resources for navigating the locks, including illustrations like these.) 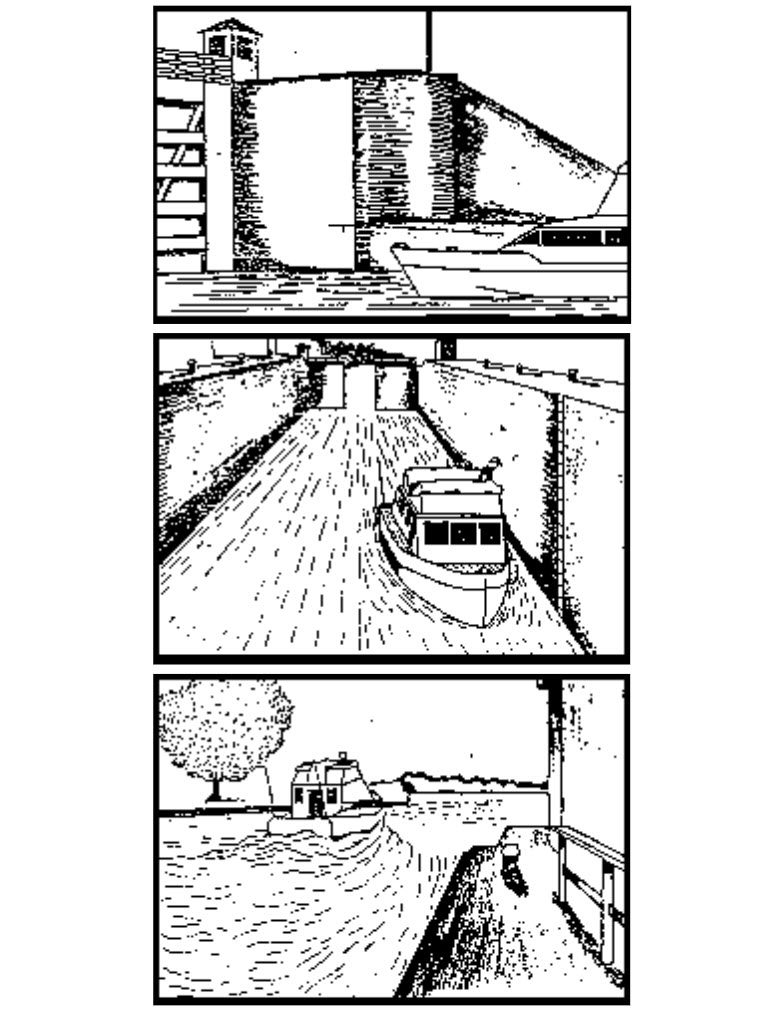 Use social media for what it is best suited for. When it comes to a group of owners who enjoy the same boat (or RV) as you, they will gladly assist you with anything that comes up.

But do not use social media as a crutch to avoid the opportunity to become a better mariner. Someone who is comfortable assessing issues and finding solutions without needing the input from someone who doesn’t know your boat or its systems.

Trust me. Nothing feels better.